It was one of the last bright days before pandemic and we decided to visit Portland. It is less than our from San Francisco by plane.

We had no much time so in the evening we started our first walk. 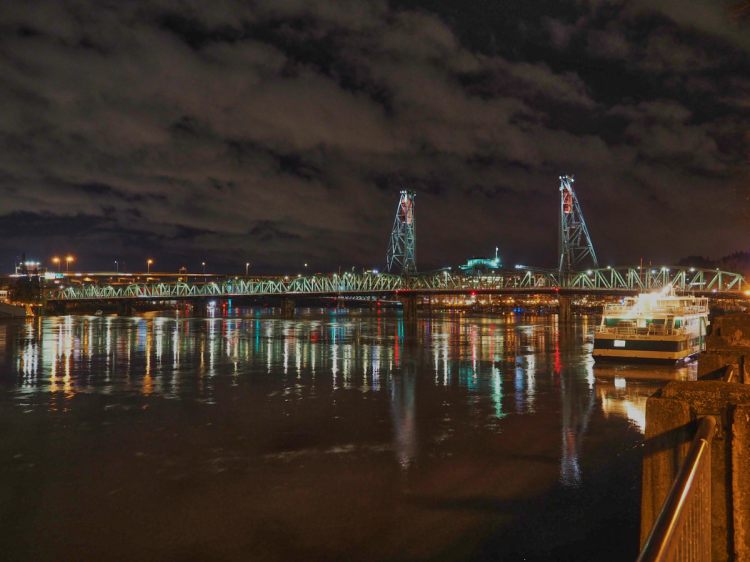 Portland placed at Willamette river, so there are a lot of bridges. Almost likes in Saint Petersburg. Bridgetown is one of the Portlands nicknames.

It would be very nice have a walk along embankment but there were a lot of dark person with shopping carts so we decided to return into downtown.

There are some fast-food places.

It is very democratic: different social strata meet near the store. In the bay area at 11 P.M almost all already closed. But there is a lot of light and some people on the city streets.

Our morning started from embankments. The nature provide a very nice and habitat light

Strange people are disappear when light came, embankments was filled by sportsmens

There are bridges, junctions, architecture…

The life in the city is started 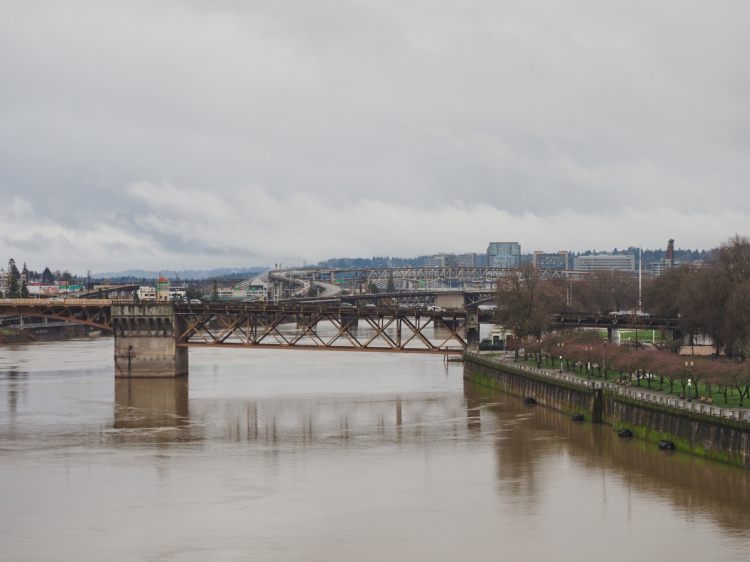 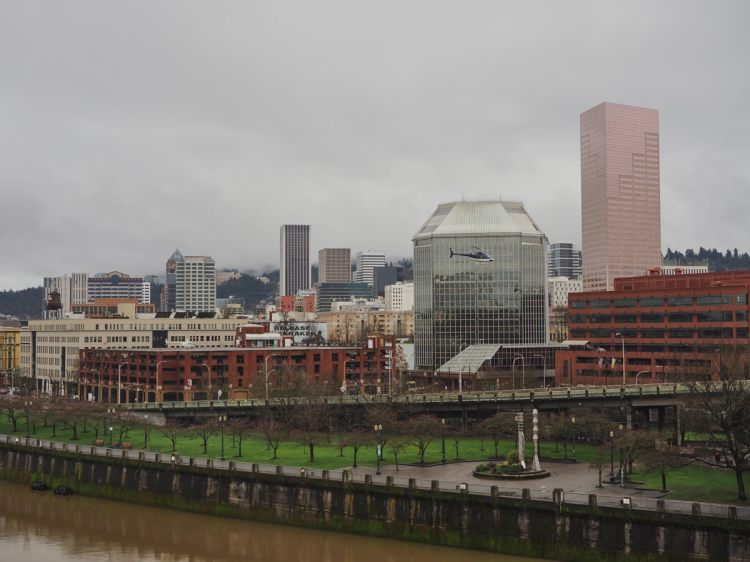 It is a dawntown view. I have posted some pictures in Instagram, may be I repeat something. Another one view

One road along an embankment created right on the water. Floating road

It was rainy and even my huge umbrella couldn’t help. But all rains was strong and short, so after 7-minutes break under the bridge walking was continuing

Streets was clean and fresh.

There are a lot of graffiti in the city. Very nice 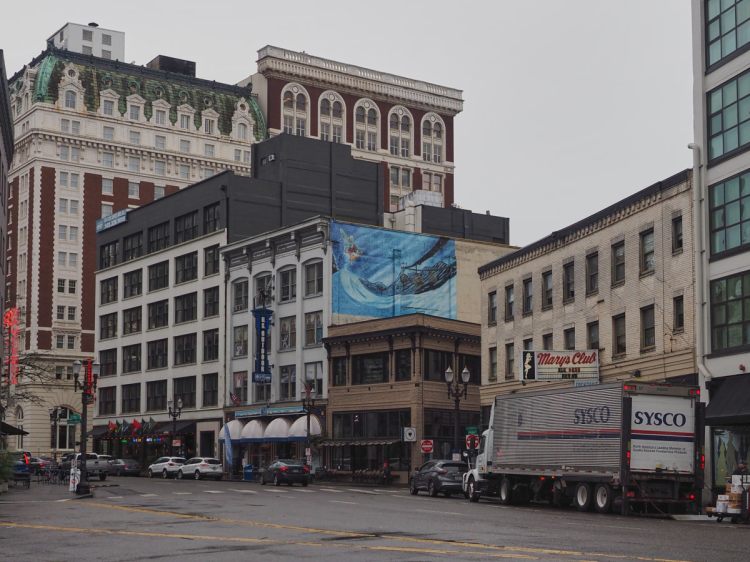 This is one of the city sights. Powell’s book store. The store takes up a whole block. There are several levels. 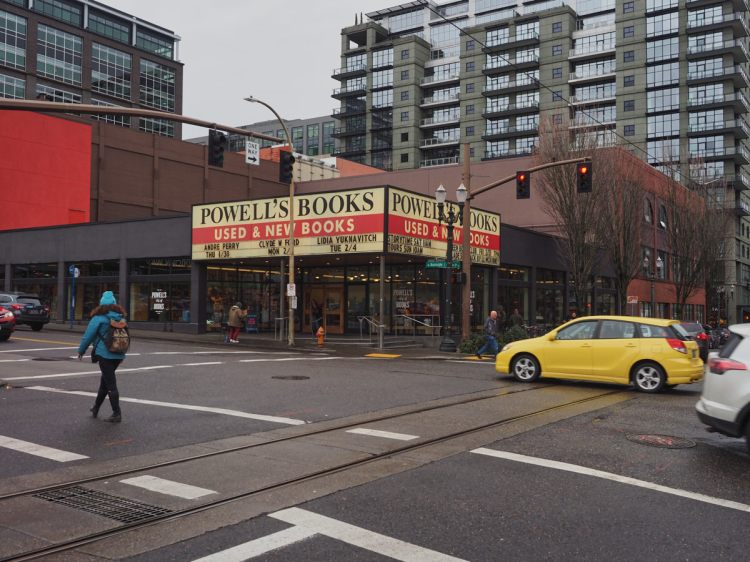 There are a new and used books. We have found a rare editions and even books on Russian. I’m sorry that I made few pictures inside…

Working by the city. It is a typical American street:

The central square: Pioneer Courthouse Square. I have posted a picture of the night square, now it is a dark building of court 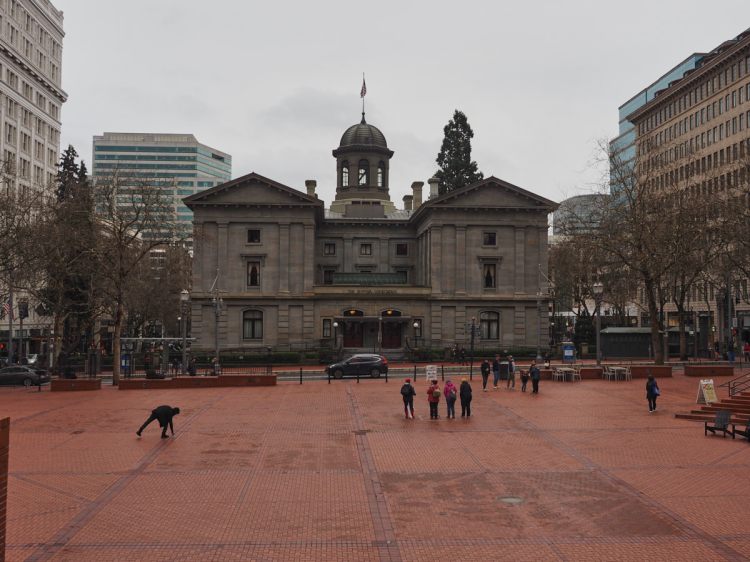 Some of them are very unexpected and I had to remember some Soviet Unions graphic arts. This is only the picture, the wall is flat.

Squirrels added a life and colour into city. 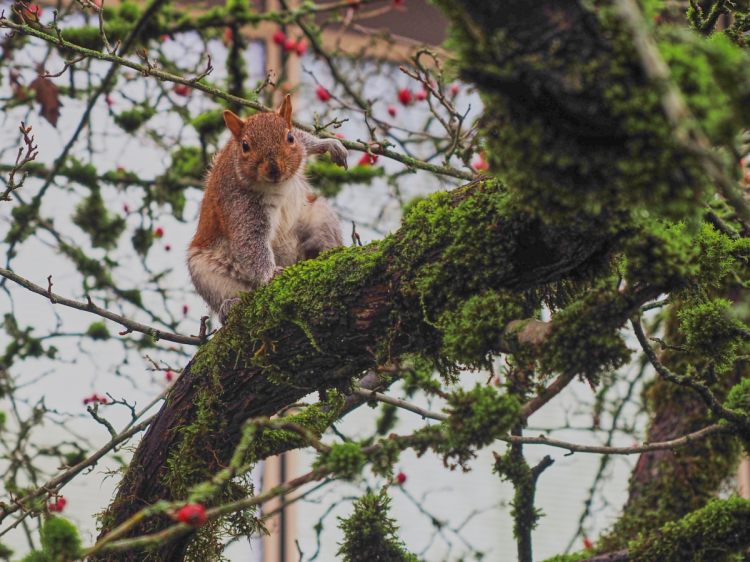 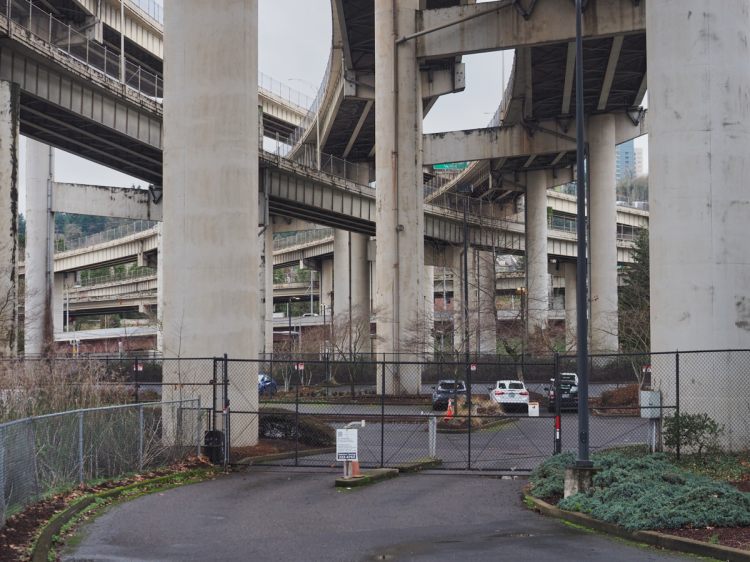 We have reach our target. Funicular.

It is a strange route. The destination of the funicular is a hospital. There is no parks or trails, just hospital 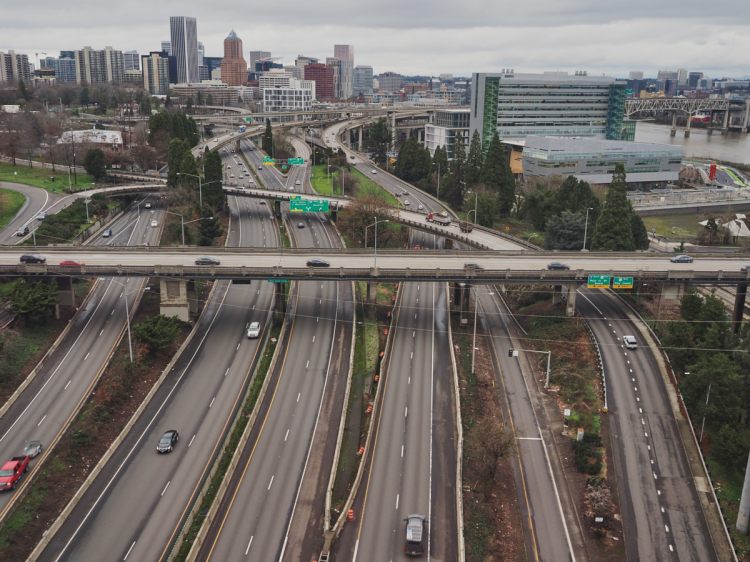 Of course there is a panoramic view

I felt something from Finland on this street

Our next stop is China Garden

It was chinese new year eve so everything was decorated 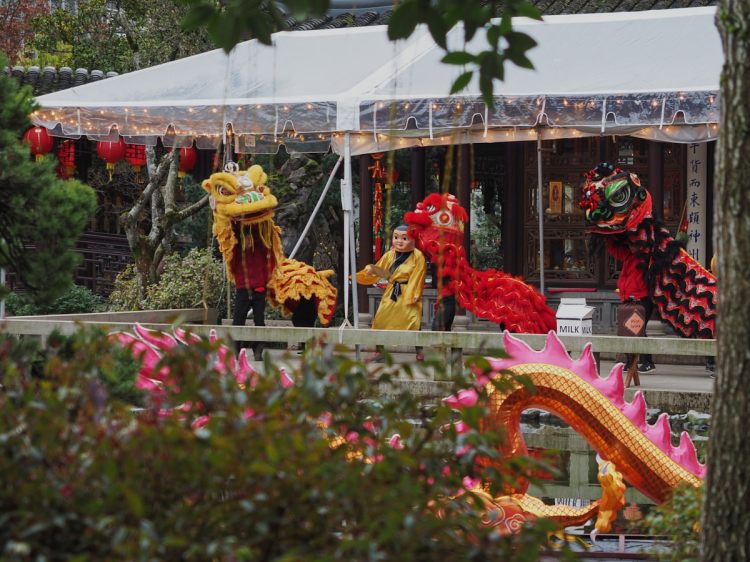 At the end of the day we visited neon city business card: deer silhouette against state outline background 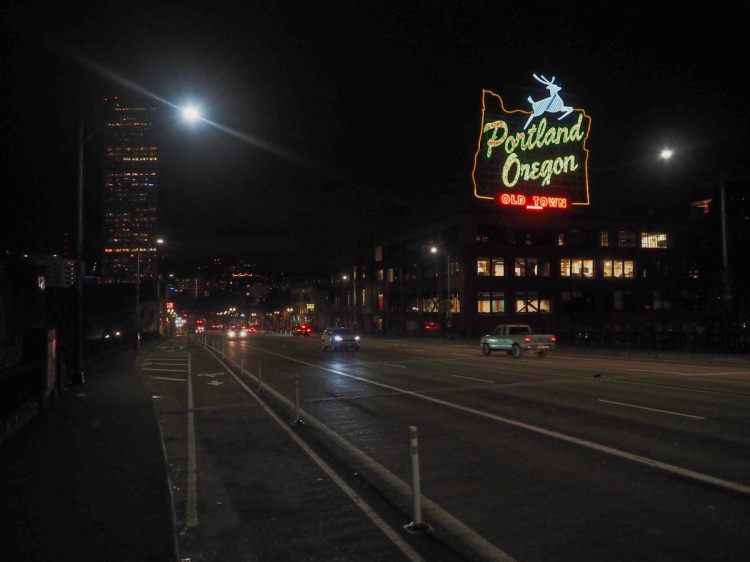 The last day in the Portland. The weather is fine, but we have to little time.

In the park there is a rose garden, but it is not a good season. And Japanese garden. It is a very strong contrast with Chinese 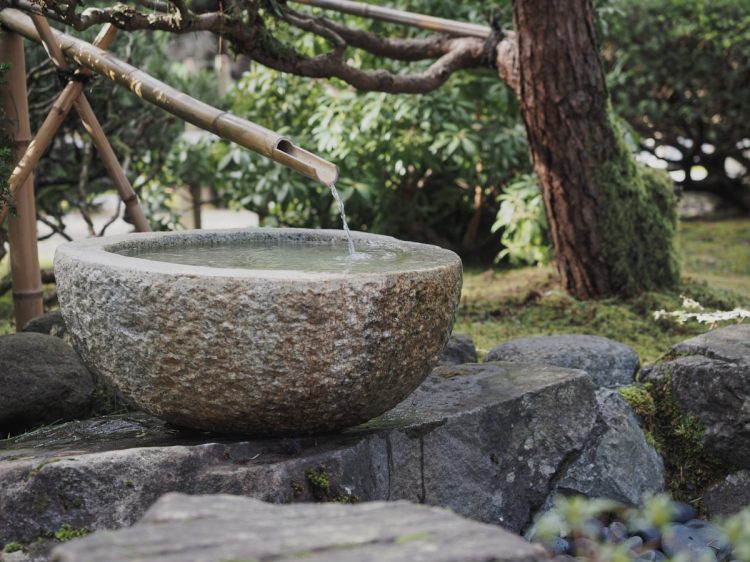 Instead of a bright husk — peace, harmony

And union with nature 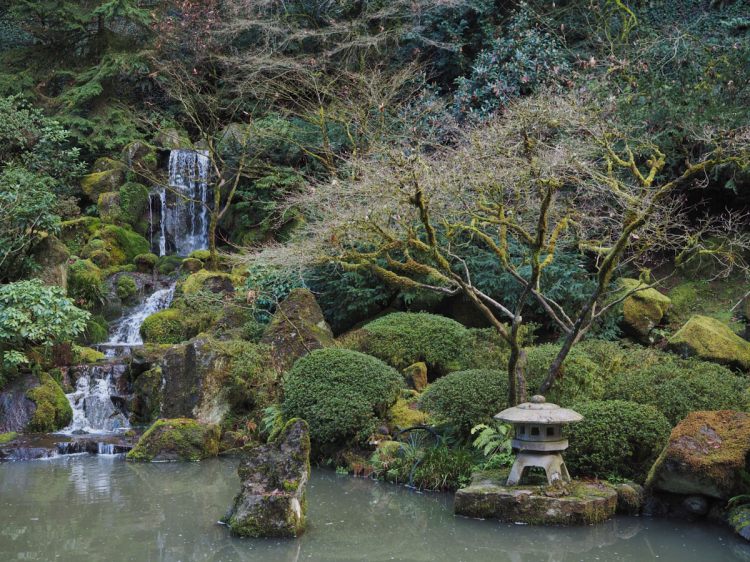 There is a cafe with strange deserts and testy tea 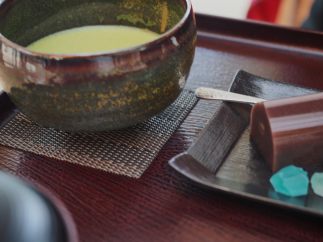 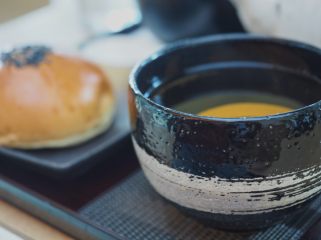 Lastly we took a ride in light metro — tram. It looks like tram in the city but somewhere it hidden under the ground.

It is interesting that one station has two designs. Each way has it’s own colours 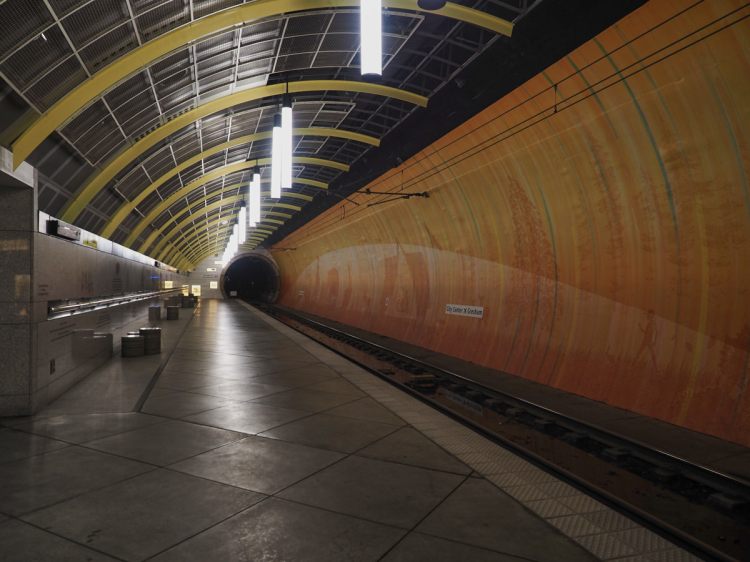 And there were a lot of Canadian goose near the airport. They made us nervous but nothing happened wrong :)